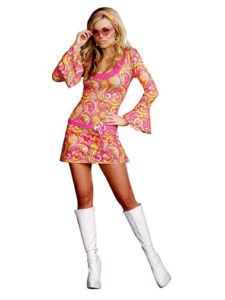 Shady Business is a comedy which has played with great critical success in Britain, America, Germany, Poland, and various other countries. It ran for five months in Paris, with the location changed to Montmartre.

Mandy and Tania are struggling night-club dancers living in Soho, heart of London’s night-life, and they are in crisis over some very shady business. The question is, will possessive club owner Big Mack find out about Mandy’s affair with Gerry and Tania’s affair with Terry, and set his side-kicks on them both?   Will Big Mack discover that he’s owed money which was stolen from him in the first place, gambled on his own roulette table in the second place, and borrowed back from him in the third place?  And what happens if it’s revealed that Gerry is Terry and Gerry is Terry?

In fact, will anyone ever find out what the hell is going on, and will they save their skins before the curtain comes down? A cross between ’Guys and Dolls’ and ’Some Like It Hot’, and the action doesn’t stop until its climactic conclusion.

The main living room of a smart London studio apartment. The furnishings and personal belongings are feminine, frilly and rather gaudy, in contrast to the sophisticated architecture.

“If the cheers and laughter of the audience on the first night are anything to go by, the Mill at Sonning has programmed another winner…. the comic twists and turns are side-splitting…. as in any good farce – and this is a very good one – they are well worth the effort in following.” – Oxford Times

“The Mill At Sonning has picked a winner with its British premiere of Shady Business, a hilarious comedy set in the London underworld…. the play takes off from the first moment, and the pace never flags…. the first night audience was laughing throughout the performance and greeted the ending with a storm of rapturous applause.” – Maidenhead Advertiser

“Shady Business is the funniest production I have seen at the Mill, and the audience was roaring with laughter from start to finish…. Full of mixed identities and barmy plots, the play was riveting and kept the audience guessing until the very end.” – Wokingham Times

“…packed with high energy and mad comedy that rarely takes a breath…. it never stops until its side-splitting conclusion.” – USA – Door County Advocate

“… produces big surprises that delight and astonish…. built for a light and fun night at the theatre… a sort of “Sopranos” with laughing gas.” – Green Bay Gazette