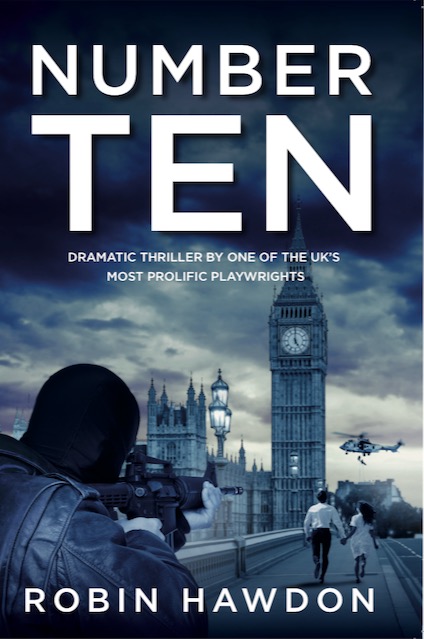 “Wow! Number Ten begins in explosive fashion and maintains a high-octane, fast pace until the very last word. Reading Number Ten felt akin to riding a rather breathtaking fairground ride and I hardly had time to catch my breath. Although this is fiction, so many similar events to those in the plot have happened recently here in the UK and abroad in countries like Sri Lanka, after Number Ten‘s publication, that any suspension of disbelief that might have been needed simply evaporated. The action in Number Ten felt real, vivid and only too scarily possible.

It is obvious that Robin Hawdon writes with a director’s eye. He understands exactly what information is needed to hook the reader, to create setting and to drive the action, making reading the book an almost cinematic experience. Number Ten would translate into the most fabulous television series because the pace is perfect and there are surprises that shock in a scenario that is utterly believable. On occasion, the reader only receives information at the same time as the characters so that it feels as if you’re part of the action too. Indeed, I found the quality of the writing completely engaging. The present tense used for Rafik creates an immediacy and ongoing threat and those passages involving Paul are slick, sophisticated and superbly crafted. I think the natural quality of the direct speech adds to the sensation that Number Ten is something special.

Themes of corruption, love, loyalty, betrayal, threat, politics in many forms, idealism, policing – I could go on – weave their way through this exciting story so naturally, making Number Ten all the more captivating.

I so enjoyed Number Ten. If I say that I had to give up trying to sleep at three in the morning because I only had 40 pages or so left to read and I kept wondering what was happening in my absence, you’ll know how powerful a hold the narrative had on me.  Number Ten is a glorious thriller that kept me enthralled throughout. I really recommend it.”

“I never can resist a book that involves my ex work, some are good, this was outstanding. The author has obviously done much research into the working of Number Ten, Parliament and all things associated with it, delivered in an interesting and very ‘readable’ way.  I loved it.  I found the whole story absorbing and very up to date ( re the current political climate ) and there was a fabulous twist at the end.  A really good tight thriller that I would recommend even if this is not your normal genre.   10/10   5 Stars”

5.0 out of 5 stars    P.S.
“Rarely have I devoured a book so voraciously. Must be a surefire candidate for a film or TV serial.” 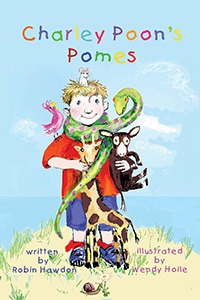 Charley Poon’s Pomes cover everything from youthful games and exploits, to the problems of growing up, to the ups and downs of school and family life, to the joys of country and seaside holidays…. 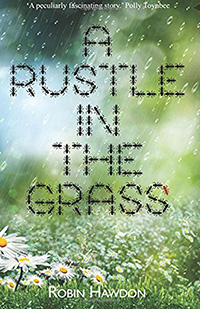 A Rustle in the Grass

For in the secret world beneath the grasses lies an empire in turmoil. A revered leader had died and, as the enemy prepares its armies for war, rebellion is whispered through the undergrowth…. 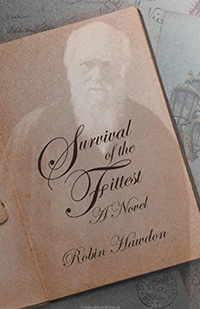 Survival of the Fittest

Does God really exist? Are science and religion incompatible bedfellows? Charles Darwin shook philosophy to its foundations with his theory of evolution, yet strangely, he himself refrained from commenting in depth about the religious implications….

AMAZON Top ReviewsThemah Carolle-Casey 5.0 out of 5 stars A real page turner A fast paced action thriller with a touch of romance – I thoroughly enjoyed it. The writing has a rhythm that keeps you wanting to turn the page. Brilliant. Highly recommend it.Dr Duncan Robertson 5.0 out of 5 stars Fast paced contemporary thriller. A near future, slightly dystopian London is the setting for this excellent novel, I read it in 2 sittings, a record for me!Donald Douglas. Actor . 5.0 out of 5 stars Unputdownable ! Gripping . Thrilling . Absolutely of the moment .
58
SHARES
ShareTweet
Close Menu