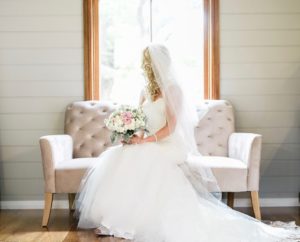 I Do, I Do, I Do – or possibly don’t. A sweet, rich, and beautiful girl, during the most traumatic weekend of her life, finds herself having promised marriage to three different men. A true romantic comedy in the style of ‘Philadelphia Story’ (‘High Society’). It can be transposed to any national setting.

Diana has it all. Beautiful, intelligent, sweet natured. The sort of rare girl that all men swoon over. What’s more she is the daughter of that most reviled of species, a wealthy banker. The three men in her life are Jamie, the much envied man to whom she is officially betrothed; Tom, the attractive boyfriend of Jamie’s sister; and Geoff, the oldest friend who is to be best man.

Diana’s insurmountable problem is that, during the course of the longest weekend of her life, she finds herself having promised marriage to all three! How can she decide?  What matters most – familiarity, suitability, or sexual passion? Can she make up her mind to say “I do” in time for the big society wedding arranged in a month’s time?

Bewildered banker’s wife, Ann, finds herself having to act as negotiator, counsellor,  legal advisor, judge, jury, and fortune teller to an entire household of distraught people. And it isn’t discovered until the final curtain who it is that Diana chooses.

I Do, I Do, I Do Stage Setting

The main living room of a wealthy home in the commuter belt. Superb, if showy, taste. Comfortable and expensive furnishings. Artistic adornments. On a shelf in a prominent position is a reproduction statuette of Rodin’s ‘The Thinker’. Upstage to one side a wide archway to the hall and the rest of the house. To the other side a door to the garden.

Turbulent romances with complications…. the new comedy by Robin Hawdon which provoked huge laughter at it’s world premiere…. an intricate premise with a suspenseful conclusion, and in between dramatic fireworks full of surprises in both plot and dialogue. Hawdon’s comedies have a long history at the Contra-Kreis Theatre and his wit works as usual in this one. – Bonner Rundschau

This lengthily applauded premiere is a wonderful illustration of Sacha Guitry’s moral that ‘love inspires the heart whilst stifling the brain.’ …..staged with great charm and taste…. the comedy requires a superb cast and gets one here, in particular Sybille Nicolai as the mother veering between hilarious eccentricity and wise practicality ….all the complexities of emotional relationship are an intriguing delight right up to the final curtain. – General Anzeiger

…The constant fracturing of relationships accelerates until matters threaten to veer out of control so fast that even the most rational member of the cast can barely retain their sanity. ….the strengths of the piece are the diverse cast of colourful characters, the lively and lightning fast dialogue and the clever direction….. produces an amorous and highly amusing ronde of love, or as the exasperated mother calls it, ‘a boogie-woogie of emotions!’ – Express Bonn (translated from the German)

Wow what a great show! This was to be a society wedding, the likes of which we never see in our lives…. As the play proceeds, the arrangements have to be changed as the relationships chop and change with remarkable speed. The audience are left guessing right to the very end as to whom Diana would marry and I think there was money on each of the three beaux. The theme is so relevant to the present day world…. I do, I do, highly recommend it. – Absolute Theatre – Brisbane Australia.